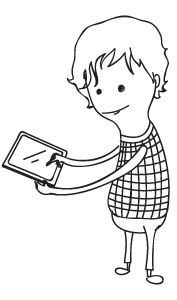 Although we can’t really understand him, there is one thing that we can be sure about; he is definitely a creative person. Thin and tall, Geoffrey is one of those people in the world who enjoys watching anime, especially the ones with all kinds of robot fighting scenes. So much for an interest, huh? Yes, and he then realised that his interest would definitely be his future career – he came out as a super-talented multimedia animator after he graduated from college. Being in the multimedia and IT field for almost 7 years, he finally told himself that he was ready in becoming a creative director of his own business, which then led him to establishing his very own company, named “GurlStudio” in Penang. Surprised? Well, Geoffrey is a kind of person who loves fancy, creative and unique things. LEGO is one of the many things that he admires the most – STAR WAR module drives him crazy. Ask him why! [/two_third] [/row] [row] [two_third] Allicia Sim

Cute, pretty and funny, this young lady can sometimes act a little “SIAO” (crazy). Call her crazy or hilarious, this one of a kind thinker sees things differently. You’ll be shocked by some of the answers that she would give you. For example, if you were to ask her to describe herself, she would most likely answer “A girl with 2 eyes, 2 ears, 1 nose and 1 mouth.” There were times when the rest of the team thought that talking to her is just a waste of time – but she is undeniably special, creative and talented. Being an active “story teller” at work, she can come out with all kinds of ideas that most of the time would impress her clients; she seems like she never runs out of clue! When it comes to conceptual design, she is the bomb. She does what she does best. Hold on, the story doesn’t stop here. She actually got married to a probably “less crazy” individual compared to her by the name of Geoffrey! Thanks to the sacred union, she can now draw a cartoon/object without an eraser – you’ll never find an eraser in her tool box. With 7 years of experience in creative design, she has really proven to her clients and herself that she is indeed a well-trained, creative and successful creative designer. [/two_third] 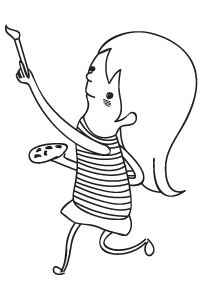